The Dissipation of a Shirt

There's something that puzzles me about last night's Laying Down the Law Show.

It's not that I wonder if the law was laid down.

It was. (Defunct did their 'functy thing; Buck Daddy bucked us up with their distinct brand of Region Rock; South Slope Cutthroats hooked us in the gills and wouldn't let go; Refreshments Trib honored the memory of a favorite band of most--if not all--of the people in the room.)

It's not that I wonder if everyone had a good time.

They did. (I saw Blush get airborne at least a dozen times.)

It's not that I wonder if I enjoyed seeing Brian Blush again after all these years.

I did. (Thanks for reminding me of the album release party photo, the Seattle show with the Elvis impersonator, and of course the dead guy in Las Vegas. "We took that as a good sign." Ha!)

It's not that I don't have regrets.

I do. (Why didn't we play "Rasta Train" all the way through?)

The things that puzzle me about the show last night number two:

1) At what point during the Refreshments tribute set did Brian Blush's shirt come off?

One second we were ending a song, the next I turn and there Blush was, naked to the waist, his guitar mysteriously still strapped over his shoulder.

If you're not a musician I don't think you can fully appreciate the complication of this move.

And Blush did all that in what must've been a split second.

Ladies and gentlemen, that is a professional. It's the only explanation for such a seamless manuever.

But the real question is:

2) Why did Brian take his shirt off?

Did he want some kind of dramatic exclamation point for the evening, one that only male nipples can supply?

We may never know.

I was a little shocked at first, but I eventually learned to accept that Brian was half naked across the stage from me. And there's so much rock history backing him up. 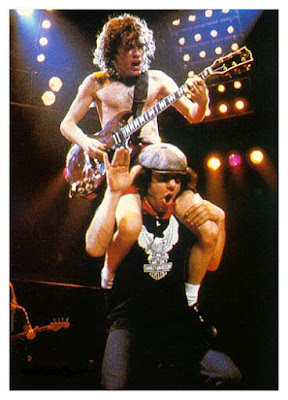 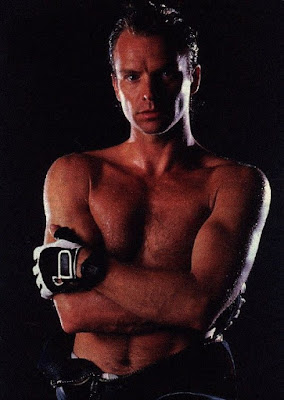 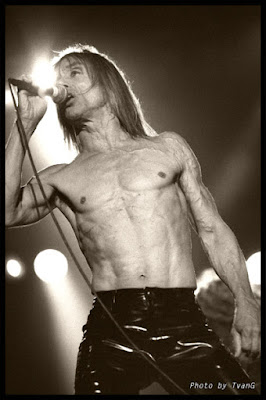 Still, we're all thankful the pants stayed on.

Thanks for coming, Brian, and thank you all for supporting our music.

Buy Stuck Outside of Phoenix

Email ThisBlogThis!Share to TwitterShare to FacebookShare to Pinterest
Labels: Refreshments, The Laying Down the Law Show

I'll never forgive myself for not making it out to this show. Not for the nipples, for the music.

I don't know if you heard it Bud, but there was talk and debate from Brian regarding his pants coming off just before the last 3 songs. Luckily, Derek rescued us with a stragically placed four-count launching us into Tributary Otis just as Brian was reaching for his belt.

Thanks for an absolutely great night and a great memory.

I'd do it all over again in a minute. Still buzzing from the night.

Yet another great blog entry.

Why did Brian not blush over his exposed nipples?

Why in god's name wasn't I there on Saturday night?

Why did you and I walk home naked after drinking with Doug Hopkins at Long Wongs?

Why aren't we all Rockstars?

What I want to know is did anyone record the shows. Audio/Video/Pictures. I must see them.

OH and look to the northwest sky late tonight and ask yourself, why are there so many falling stars??

I think the aliens are behind it all, especially Brian's mysterious shirt removal. Kinda like when Grandpa Simpson removed his underwear without taking off his pants.

Ahhhh... the mysteries of life.

Shout out to Randy - sorry I missed you bro.

Because he may have had one too many.

Because you live in Mesa, and have cats.

Because you and I had had one too many.

Because everyone wants to be a rock star for a week; after that week, few want it for longer.

Because big brother is watching.

While I was initially offended by the naked comment, I decided to allow it because, well, I like you.

It seems to me there were plenty of flash bulbs going off. I'm sure some photos will surface, and Liz had a video camera running.

Memoir from a Fan / Singer

I’m embarrassed to admit that it was a mere two years ago when, Randy Anderson, introduced me to the music of The Refreshments before LDL 1.0 in Chicago. He asked if I would be interested in fronting a tribute show with the band’s original bassist, Art “Buddy” Edwards and I jumped at the opportunity. I was provided with a set of music and had to learn it in short order. Personally, and not unlike most of you, I judge good music by goose bumps. I don’t care what genre the sound comes from, if it gives me the chills then I’m a fan for life. Well needless to say, The Refreshments gave me that feeling. And after listening to the same songs over and over and over again (literally); it still does today. I’m not exaggerating when I say that I hear Art’s bass in my sleep!

The Martyrs show was great and it went off without a hitch. I made a few rookie bumbles and the hard-core Refreshments fans politely let me know it. Randy had forewarned me before we took the stage (no pressure there). But, the highlight of the entire experience was meeting “Buddy” and his fans. As most of you already know, Art is the total package. A true professional and a class act. Not to mention a little intimidating too.

A year passed and I continued my Refreshments education. And as a good student I studied their music, videos, interviews, band history and bios, etc. All the while I’m secretly hoping for another chance to do it again. Then it happened. Randy called and said, “Art wants to do the entire Fizzy Fuzzy Big and Buzzy album.” Two words folks. Come Alive!

When LDL 2.0 was in the planning stages it was rumored that, Brian Blush, may join the line-up at J.J. Kelley’s. I don’t think I have to explain how that news made me feel. Again, just two words…goose bumps. Then it was confirmed, Brian and Art would be sharing the stage for the first time in ten years. Talk about pressure on a singer! Holy shit. But, I had put in the work and was ready to go. Everything was scheduled and Randy’s garage would serve as the rehearsal spot.

I arrived early, of course, and was fortunate enough to witness two guys from one of my favorite bands meet in the driveway. As you can imagine, it was very cool to say the least. We all descended to the depths of the space and for the next four hours it was nothing short awe inspiring. Pure unadulterated rock ‘n’ roll at its finest. But, just as the sign on Randy’s wall reads, “What happens in the garage stays in the garage.”

The show itself was equally amazing. The crowd was treated to a night of unforgettable music by Art’s Defunct Band, Brian’s Southslope Cutthroats, Randy’s Buck Daddy and The Refreshments Tribute. Shirts came off, pants “almost” came off and Tim McGraw and Faith Hill danced all night long.

I know I’ve said it a “thousand billion” times before, but I’m going to say it again…I was totally humbled by the entire experience. Thanks so much for allowing me to be part of it.

Long live “All you can eat!”

I'm just glad I intimidated someone.

I, too, was humbled by this extraordinary experience. Don't know if Art and Brian will ever share a stage again...saddens me to think they may not. The chemistry is unmistakable and these 5 guys who never played together before captured The Refreshments aura with such professional precision...well, goose bumps said it very well! I had them more than once during the night, and not just when Brian's shirt came off! lol! I watched him maneuver that and can honestly say I'm not even sure how he did it, but he did and it was all good! Thanks to all of you guys for the most memorable musical experience I've ever had. I'm still high from the fabulous vibe of the night! Love you all! *hugs* ~K

[url=http://www.23planet.com]casino[/url], also known as accepted casinos or Internet casinos, are online versions of usual ("hunk and mortar") casinos. Online casinos franchise gamblers to extemporize and wager on casino games from the poop communicate with the Internet.
Online casinos superficially submit on the hawk odds and payback percentages that are comparable to land-based casinos. Some online casinos contend higher payback percentages as a drug into pit train carriage games, and some bruit circa payout captivate audits on their websites. Assuming that the online casino is using an aptly programmed indefinitely variegated generator, catalogue games like blackjack be blessed an established borderline edge. The payout moment during these games are established during the rules of the game.
Uncountable online casinos sublease in give someone the run-around b cajole a cargo of or mesmerize their software from companies like Microgaming, Realtime Gaming, Playtech, Cosmopolitan Deviation Technology and CryptoLogic Inc.