Not of the Soul but of the Glands

First of all, no blog next week. I'm going to the coast and will only have sporadic Internet access. Check back here on Monday, October 5th.

We've got a self-publishing success story on our hands, folks! This guy did what many in the publishing industry thought unthinkable. He self-published his novel, and he reached the bestseller list of the San Francisco Chronicle! A task both amazing and long overdue, in my opinion. The publishing world is finally a-changing, at least in this one instance. Three cheers to Kemble Scott for blazing a trail some of the rest of us hope to follow someday.

Anyone hooked on their Kindle? I dropped the price of the Kindle versions of both Ghost Notes and Stuck Outside of Phoenix! Follow the links above to find out how low I can go.

To conclude this week, let's listen to Bill Faulkner lay down the law, shall we?

That's what I'm talking about, people. 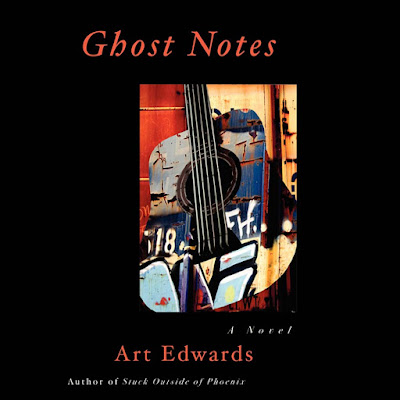 Posted by Art Edwards at 9:29 AM No comments:

Let's talk about my work-in-progress, shall we?

It's a bit of a taboo subject for me. Nothing makes writing less urgent than talking about the writing you're going to do. But what the heck.

The novel is called Good Night to the Rock 'n' Roll Era. That's a line from the Pavement song "Fillmore Jive," which is the last song on Crooked Rain, Crooked Rain. (I hope they don't sue me for using it, or for talking about using it, which is all I've done so far, so don't lawyer up yet.)

I remember the first time I heard the song, in 1994, and the line, "Good Night to the Rock 'n' Roll Era." The sentiment blew me away.

I grew up immersed in rock music culture. Some of my earliest memories are of acting silly while listening to the radio. (Jim Croce, the Eagles and Steve Miller come to mind.)

Then, as an adolescent, rock 'n' roll completely consumed me. I bought albums, went to concerts, watched MTV. I often joke that the Record Industry of America had a giant picture of me in their meeting room. Every Monday they'd walk in, look up at it and say, "What're we going to sell Art this week?"

Then, in my 20s, I played in bands, made records, went on tour, sold some tequila. 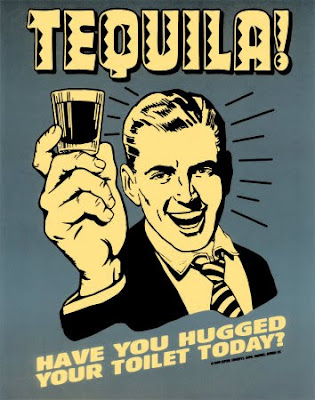 What would that look like? (No Jonas Brothers jokes, please.)

My novel is set in 2000, what might be called the tail-end of the rock music culture I'd always known, and it deals with the intersection of two characters: Badge, a 38-year-old guitar player and reformed alcoholic; and Betty, a 21-year-old diva-in-training (Yes, Betty from Ghost Notes). These two characters, beyond their more obvious yearnings, come to represent two distinct eras of rock culture: pre- and post-9/11, file sharing and Internet eras. Lots of sparks fly on the cusp of the changing of the guard, and you can bet Badge doesn't go down without a fight.

That's all I'll say right now. This novel will be done next year, and then I have to shop it, so don't hold your breath.

But know it's coming.

Posted by Art Edwards at 7:34 AM No comments:

Sales of the audio book have been going well, but I've gotten very little feedback from you folks.

First of all, did the digital download work like you expected? Did you have any problems at all getting the tracks? I'm curious how fulfillment is going.

And of course please don't be afraid to tell me what you think of the book itself. Is it everything you expected? More? Less? If we didn't get it right this time, we want to get it right next time.

Will there be a next time?

When I first announced the audio book, a few of you expressed some confusion. "Why not start with Stuck Outside of Phoenix?" you asked. "It's the first of the series, and that way you can start at the beginning."

Good question. Ghost Notes, as my newest novel, seemed like the right one to bring to life first. I'd already put together some audio excerpts for Stuck, and I didn't feel the urge to go back to that novel just yet. You always like your newest work best. At least I do.

But that doesn't mean I won't do an audio book for Stuck at some point. Again, the beauty of self-publishing. If Stuck Outside of Phoenix had been traditionally published, no publishing house would waste time and money releasing an audio book for such a "small" novel.

But it's mine, which means I can revive or refine or re-work it or any of my books anytime I want, and in any form I want. We'll see what the future brings. Maybe 2010.

For now, I'd settle for some feedback on Ghost Notes the Audio Book.

Posted by Art Edwards at 6:34 AM No comments: