Rock and Roll Writing is...

"What is rock and roll writing?"

This is the first question I received after my announcement that I'm teaching the all new, never-before-ventured online rock and roll writing course at the Basement Writing Workshop in October.

Here are some fine examples of rock and roll writing:

Fiction like Nick Hornby's High Fidelity, or Roddy Doyle's The Commitments, or Tom Perrotta's The Wishbones.

Non-fiction like Chuck Klosterman's Fargo Rock City, or Michael Azerrad's Our Band Could be Your Life, or Steve Almond's Rock and Roll Will Save Your Life.

But it doesn't have to be like any of those.

It can be music reviews.

It can be a biography of your favorite band.

It can be a blogged top ten list of your favorite songs, updated by the moment, with elaborate explanation.

It can be short stories with Lemmy as the protagonist. 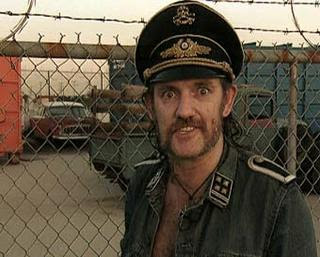 Maybe rock and roll writing is what people write who have guitars stored somewhere in their houses.

Go check to see if you have a guitar in one of your closets. Do you? Yes? Then at some point you will probably turn to rock and roll writing.

You might write about the first time you fell in love with music.

Or your first instrument and how much you loved it.

Or the first, most recent, or favorite rock concert you ever attended.

Or the first time you heard Lemmy. 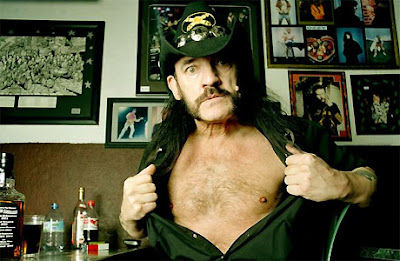 If you were ever in a band, you will surely write about forming the band, or playing your first gig, or best gig, or worst gig.

You will surely write about the band that broke your heart.

If you were ever a solo artist, you may also write about your first solo gig, or best gig, or worst gig, or an obnoxious spectator at one of your gigs.

You'll write about your best song, or best album. Or worst.

It's inevitable. We have to write about our rock and roll lives because, no matter what we've done since, it's part of who we are. For many, it's a big part.

And that guitar in your closet, the one that barely makes it out these days? That's a big part of it.

And Lemmy's a big part of it too.

Sign up now for my online rock and roll writing course at the Basement Writing Workshop and get 15% off.

I'm linking this out to my world....good luck with the course!

I belong to the literary school in which Lemmy is the protagonist of all stories. Or at least his mole.

Now I need to go listen to some Hawkwind.

I would like to exchange links with your site www.blogger.com
Is this possible?