As many of you guessed last week, today marks the ten year anniversary of the Refreshments' last gig. 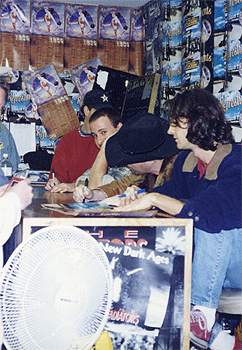 So, Art, how do you feel, ten years removed? 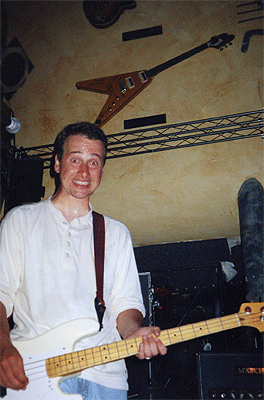 Proud of a band that put its indelible stamp on Tempe, Arizona and rock music in general? 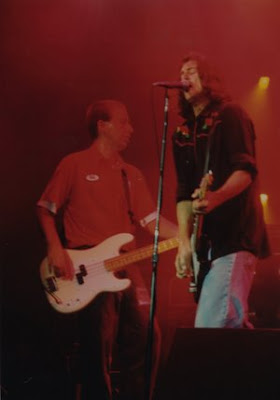 Proud of having written and recorded 30-some songs together, compiled into two records and change, that still get played ten years later? 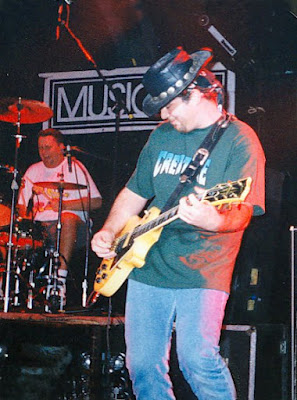 Proud of having laid down the law with such sweet authority from coast to coast from 1994-1998? 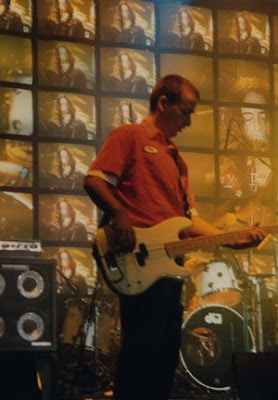 Would you ever reunite with your old bandmates?

Well, I think people want to know where you stand on this.

How 'bout this: not never, but not imminent either.

I'm tired. I had a gig last night.

Anything else you'd like to add on this momentous anniversary?

The most moral way I know to honor what the Refreshments did is to keep doing it.

Inventing new forms of art and entertainment, writing new books and songs and blogs, performing for people; in general, creating "that which did not exist before," as Faulkner said. 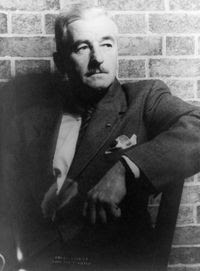 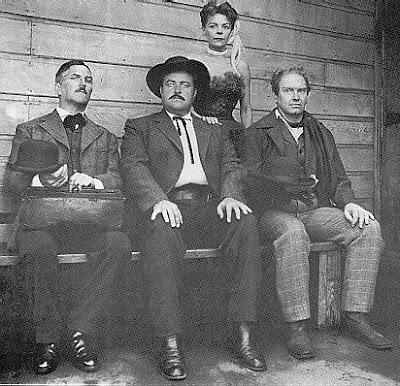 He was in Gunsmoke. 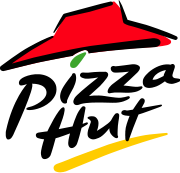 Wow, Thanks for great pictures, the memories and music.

Blush and the infamous "wheelie" Les Paul, with Dusty in the back ground. I searched high and low for a picture of Brian playing that guitar. The wheelie guitar was rescued from years of dust and neglect and spilled beer in the pickup cavaties. It was languishing hanging on a a wall of a former bar manager. It was a fun time cleaning it up and now resurected is safely in the hands of one Matt with the hat where it will live to rock again.

By the way, the photos are courtesy of Kathleen Kramer and Brian Henderson.

Thanks to other Kathleen and other Brian ;-) for the photos. I had not seen those before. What a great ride it must have been! I'm so sorry I came late on the bandwagon, never got to see the fab four live. Thanks to dedicated fans, I have bootlegs and video of live shows, though...