The John Updike Society Links my Last Two Pieces on Updike and DFW!!!

I'm so pleased to have had my most recent piece on John Updike and David Foster Wallace--not to mention my previous piece on these two authors--linked by The John Updike Society, which operates for the purpose of awakening and sustaining reader interest in the literature and life of John Updike, promoting literature written by Updike, and fostering and encouraging critical responses to Updike’s literary works.

Updike and Wallace are two writers whose lives and works become only more relevant to me as time goes by. They and their characters deal with equally compelling takes on consumerist culture, Updike's in love with what such a system grants us, Wallace's painfully aware of the underbelly of such a system. Big thanks to Cigale Literary Magazine and Word Riot for publishing these pieces. I loved writing both. 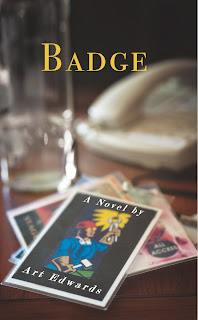